Mosquitoes are incredibly dangerous. In fact, nearly half of the world’s population is at risk of contracting deadly illnesses from mosquitoes. Mosquitoes are likely the most dangerous creatures that actively attack mankind. Due to modern medicine and the use of vaccines, mosquito-borne illnesses may seem like less of a threat in the United States than the rest of the world. This, unfortunately, is a misconception. Mosquitoes, though mostly viewed as an annoyance are a real threat to your health and wellbeing. Remember that mosquitos thrive in an environment with stagnant water, so be sure and use the 5T’s Mosquito Prevention. Here are a few of the illnesses carried by mosquitoes that you may be likely to contract, if proper precautions are not taken. 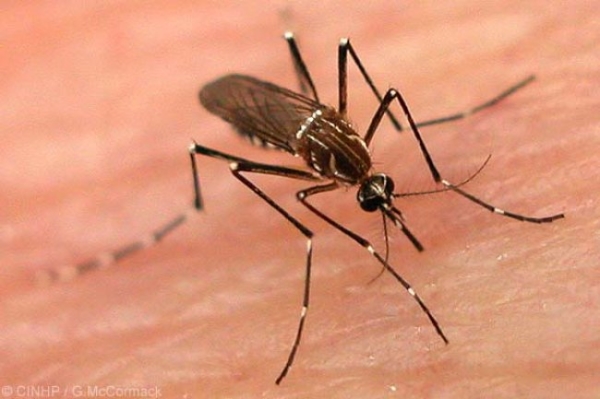 The West Nile Virus is very common and has made a severe presence of itself in the United States. Though less than one percent of those whom contract the West Nile Virus will progress to a stage of the virus where it becomes a potentially fatal, neurological sickness, why expose one’s self to the risk? Cases of the West Nile Virus have been reported in nearly every state of the consecutive United States. If you live southwest you should take special precaution because that is where the most cases have been reported. Though most whom contract the virus do not ever show any symptoms, the symptoms of West Nile can range from nothing, to severe Flu-like symptoms that can last weeks, to severe neurological illness that can potentially be fatal.

The Zika Virus is present in every state of the consecutive United States. If you live in any of the southern states, such as, Georgia, Texas, or Florida, you should be especially concerned with contracting the Zika Virus. The main concern of contracting the Zika Virus is that the virus is connected to birth defects in unborn children. If you are a pregnant mother be sure and wear mosquito repellant. If you are trying to avoid harsh chemicals, try using Skin So Soft bath oil. Once contracted, the Zika virus can be spread through sexual contact, so if you are having a baby or planning to have a baby the need for preventative measures against mosquitos is much greater for both parents.

Though the United States successfully beat back Malaria more than 50 years ago, the parasitic infection still occurs. Due to people whom have recently traveled outside the border, there are still thousands of reported cases annually of people contracting Malaria. As a United States citizen you may not understand that in foreign countries there are precautions inhabitants take to remain healthy such as mosquito repellant. The CDC reported that in 2015 as many as 214 million clinical cases of Malaria were reported. Any time you are traveling to a location outside of the United States it is prevalent that one use mosquito repellant and being sure to use the 5T’s Mosquito Prevention, which may help you to avoid contracting mosquito-borne illness.

Mosquitos are deadly and should not be taken lightly. More people die each year from mosquito- borne illness than any other natural occurrence. Any time you are going outside be sure and try to prevent mosquito bites.